Born-and-raised Texans Dub and Valerie Stocker live in Fort Worth and host Scholars who attend Abilene Christian University, Dub’s alma mater, and Texas Christian University. Dub also serves on the board of Bridge2Rwanda, they’ve both made several trips to Rwanda, and they have been instrumental in connecting B2R with donors and university partners.

Dub and Valerie have five children, three grandchildren and several Rwandan students who have become an important part of their family. Here, they talk about introducing the Scholars to new activities, how being a host family has impacted them, and how the Scholars change while studying abroad… 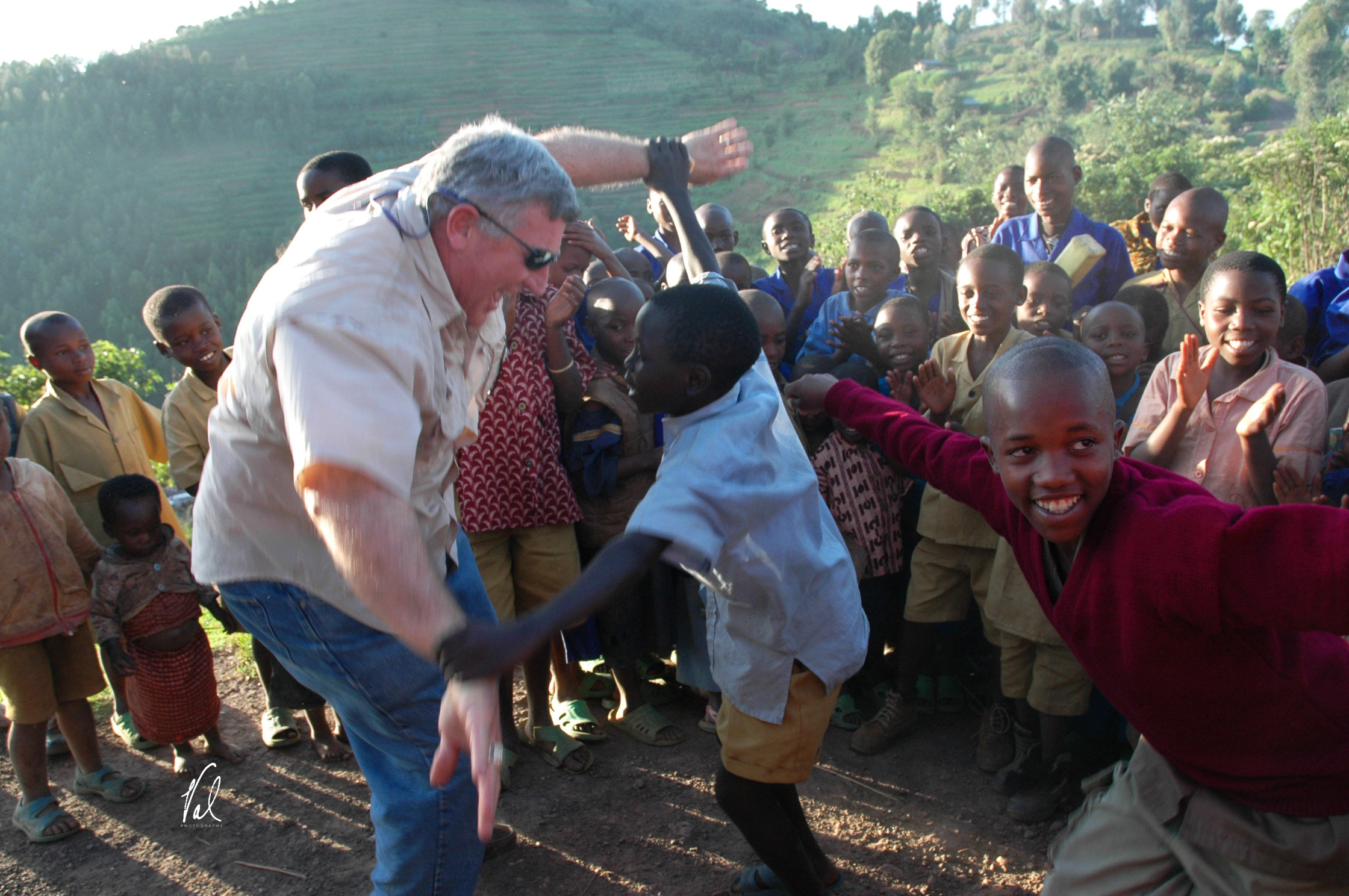 How did you learn about Bridge2Rwanda?

Dub: One morning in 2010, I went to hear Bishop John Rucyahana, an Anglican bishop from Rwanda who faced many hardships and risked his life during the 1994 genocide. The story quickly transformed to a story of reconciliation, forgiveness and restored hope. I was literally so moved that, just like an altar call, I walked down the aisle and said “I will come to your country.”

Valerie: I had wanted to go Africa, and we were planning to go to Kenya with a student group. When Dub walked in, he said “We are going to Rwanda” and I said “OK!”

Dub: At the end of that year, I met Bridge2Rwanda. Next thing I knew, my friend [and B2R Board Member] Tom Wilson sent me a Halftime book and introduced me to Dale Dawson, the founder of B2R, and we went to Rwanda. We fell in love with the people of Rwanda, and I recognized the potential of this small country. We became fast friends with B2R Country Director Tom Allen and next thing I knew, Dale and I were talking about the Scholars program and how he needed to raise money to buy computers. I walked to my desk and wrote him a check so he wouldn’t have to wait to get the program off the ground. The partnership we have with Dale is one of the most cherished in my life. 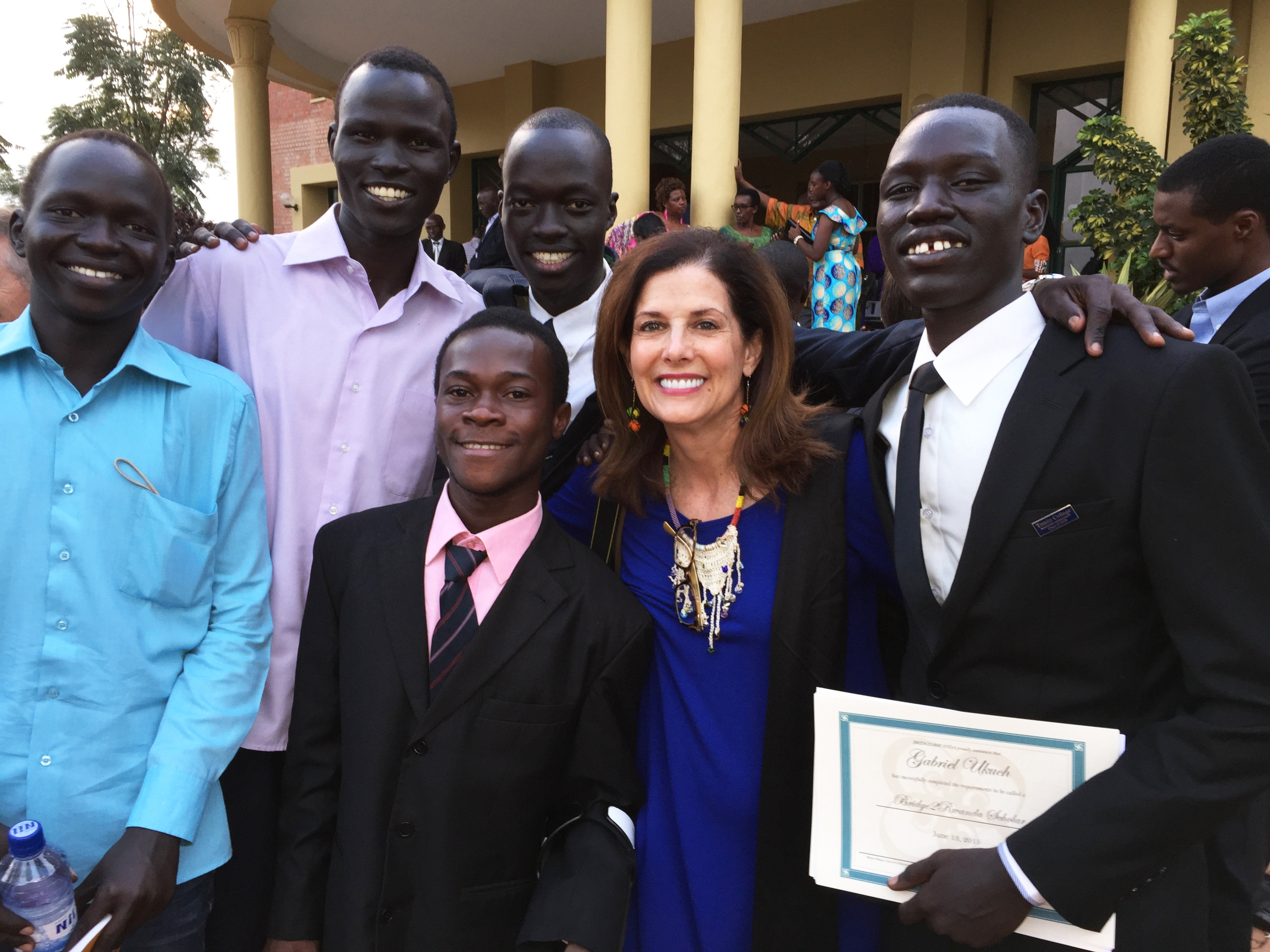 Tell us about the Scholars you host. Where do they go to college? What is your relationship like with them?

Dub: For the first class, we were the grandparents of them all. We were the official host family for two ACU Scholars, Mike and Nancy, but the third ACU Scholar, Emma, was here all the time. We also host Bright and Jonathan, juniors at ACU. And then we host a freshman at TCU, Manyiel, who’s at our house right now. We not only sponsor, but we’re kind of considered the grandfather and grandmother of the host families. That’s the part that we love: the family environment.

Valerie: They make me want to be a better person. When I’m hanging out them, they’re all very special. It’s moving to learn about the students and their hardships and hearing in-depth about what their lives were like growing up. They’re humble and hardworking, funny and smart, and they love the Lord. It makes me want to be with them. It’s such a blessing! 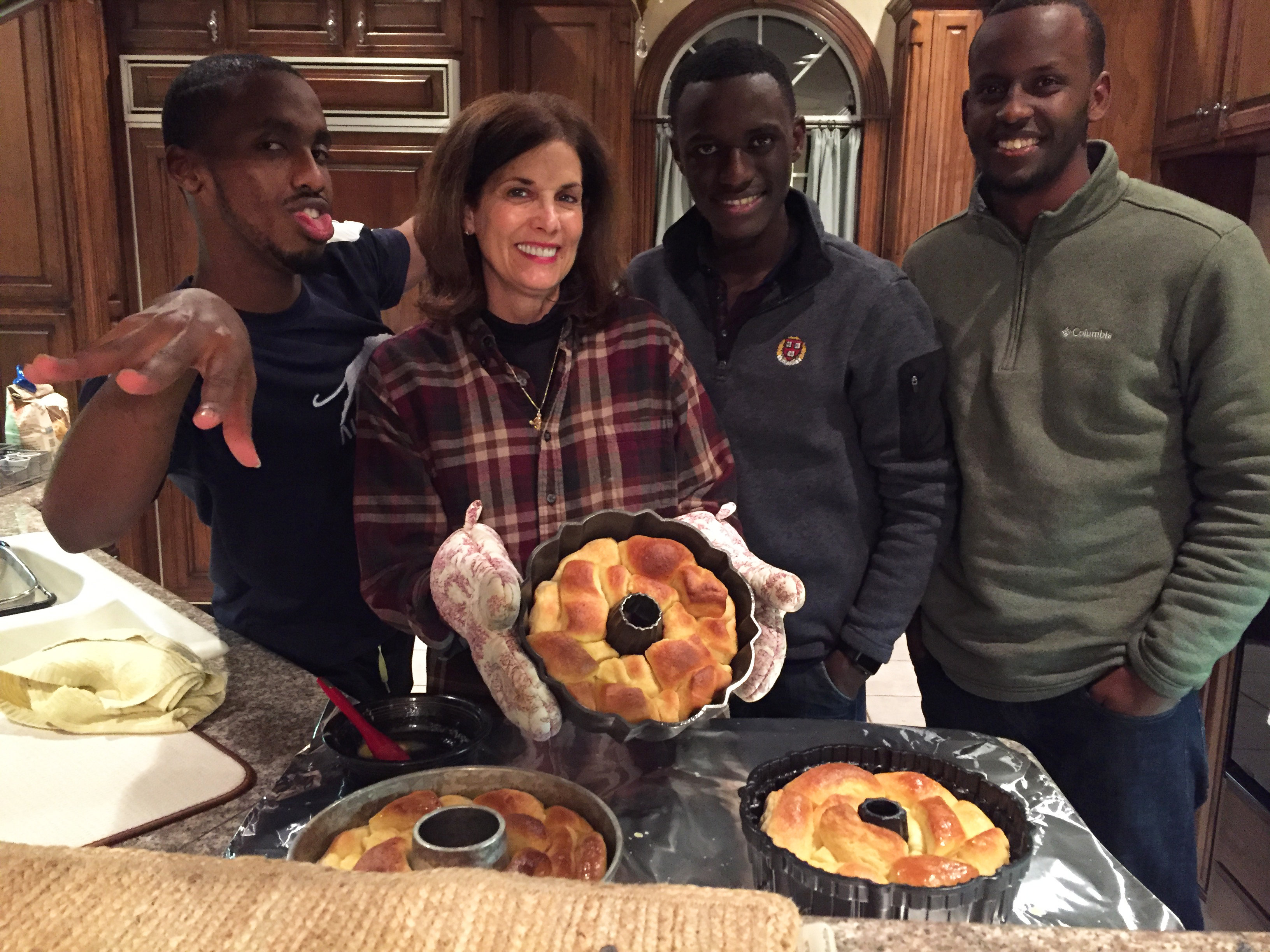 When do you spend time with them? What kind of activities do you do together?

Valerie: We’ve taken them to ride horses. Teaching them to swim was so funny. We’d take them to the IMAX. If they’d never seen movie, they really loved that.

Valerie: And we go to church! We try to teach them manners—holding the door open, putting your napkin in your lap, how to floss. I tell them “You don’t have to floss them all, just the ones you want to keep!” [laughs], just basic etiquette. They really listen and learn.

Dub: We treat them like our kids. We took them to the George Bush Library and ate lunch in Dallas and had a great time doing that. We’ve been to their graduations. We give them a lot of career advice. I call them son or daughter, and they’re just like our children.

Valerie: We joke with them a lot. And they keep their rooms so clean! I tell my daughters “Have you noticed their rooms?” They wash dishes without asking. I really appreciate it because there are lots of dishes when all the students are around! 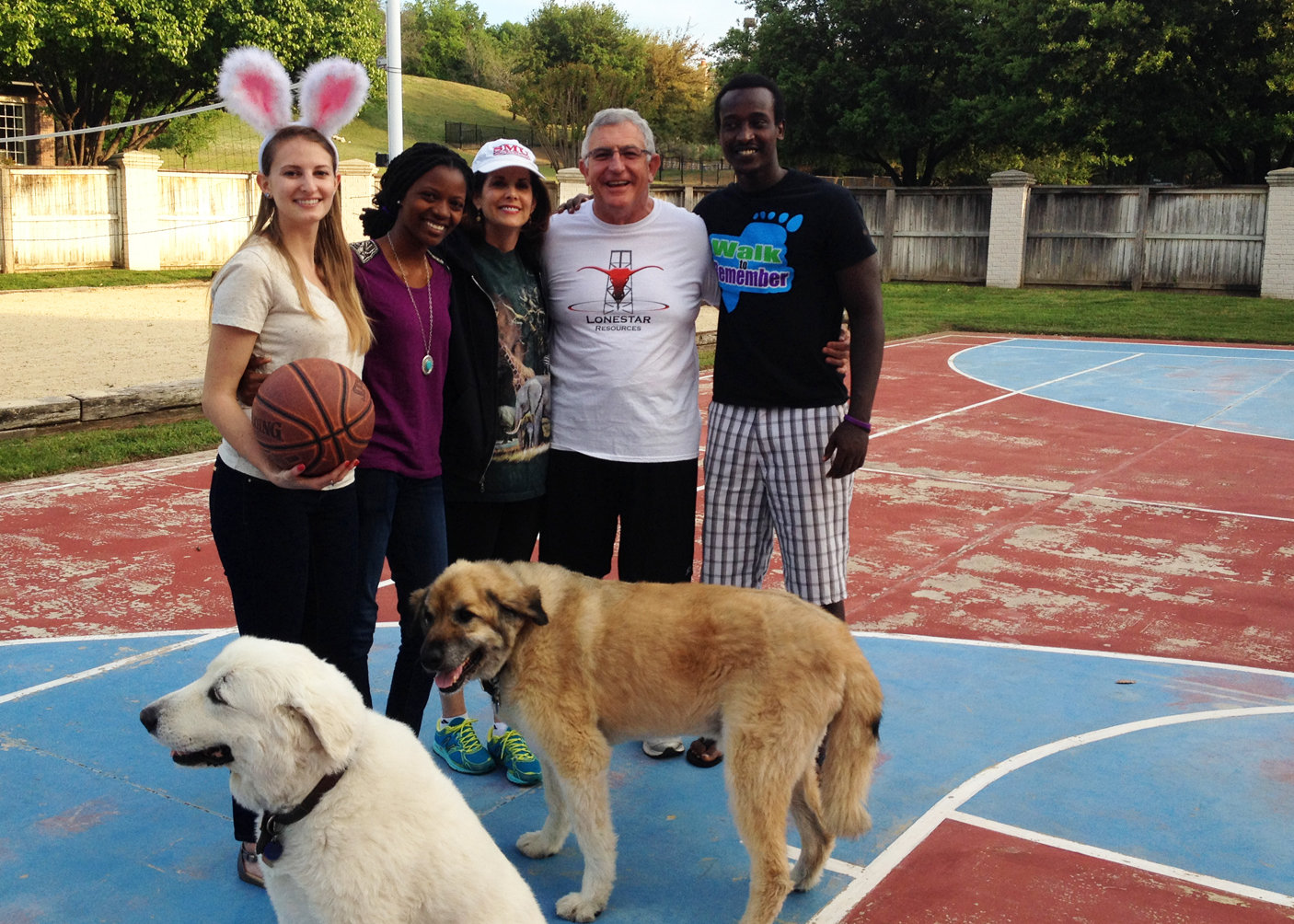 Have your kids developed a relationship with the Scholars?

Valerie: Our kids love them. Our daughter Leah has been their driver from Abilene to Fort Worth for years! They have a great time. They’re close. Sometimes they even fight like brother and sister! They’re like siblings, it’s funny.

Dub: Valerie is an incredible nurturer. She loves the kids and she spoils them. I tell her “They’re no different than our kids,” and she says “No, they had it harder.” 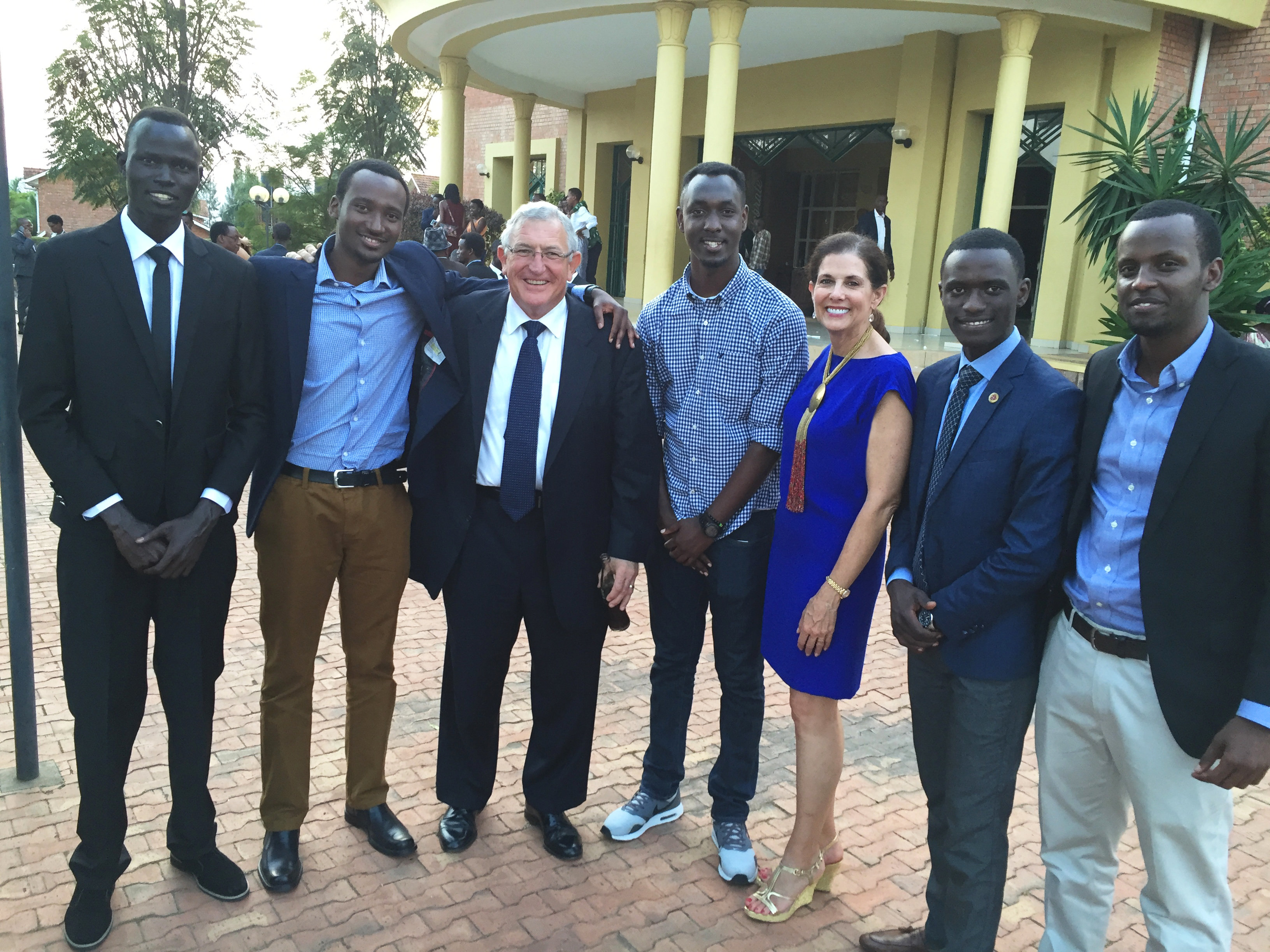 How do the Scholars change while they’re studying abroad?

Valerie: When they’re freshman, they’re unsure of themselves and less confident. Even physically, they change so much. They definitely mature spiritually. We help them, but I think they just grow on their own. They learn the language better and learn what’s going on culturally. By the time they’re seniors, they are so impressive. We’re just so proud of them! Also, they reach out and find their own internships. They’re so diligent about working.

Dub: They become more sophisticated, in a good way. They are going to be great leaders and great pieces of the Lord’s body and his expanding kingdom. They will be great agents of improving the lives of the poor in Rwanda. 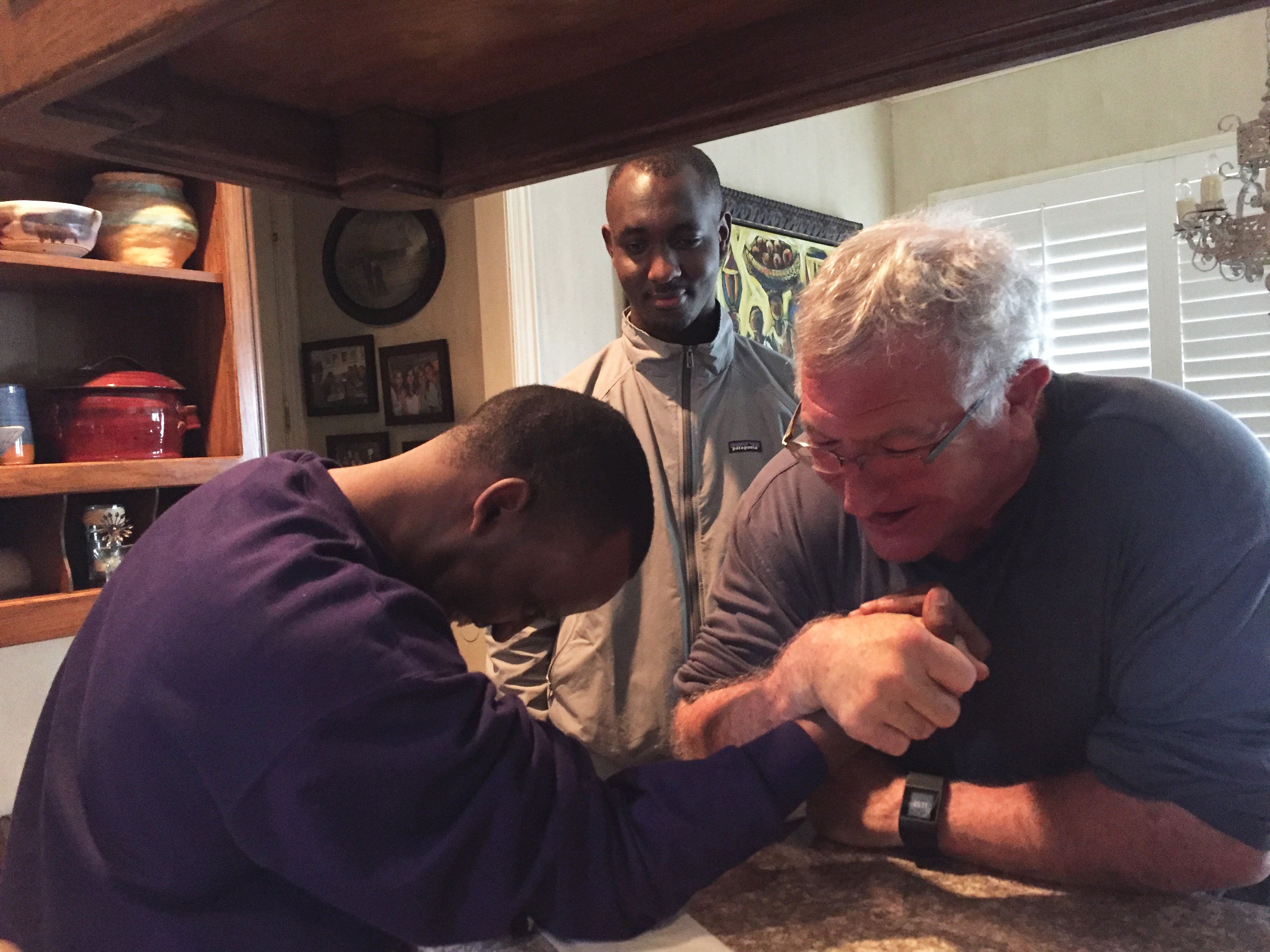 The Bridge2Rwanda vision is to Build a bridge between the United States and Rwanda and transform lives at both ends. How has that applied to your life?

Dub: These students have become part our our family. We will hopefully someday travel to Rwanda to celebrate with them when they get married and have kids. This has definitely been an affirmation of God’s providence.

We had eight students here last week, and we were having a discussion about how God knew what we were going to be doing way before we did, and I said “What are the odds that you guys would be sitting in Fort Worth, Texas, with us, tonight, together, discussing these important issues?” It’s beyond any statistical probability. It’s absolutely divine. I just feel affirmed that I’m using the gifts God gave me in a good way, and that He has blessed us with the loving relationships of these students.

Valerie: It’s definitely been realized in my life. We want them to be the light of Africa. We need to remember that these kids are going to change Rwanda, which in turn, will change Africa.

Thank you, Dub and Valerie!

Interested in being a host family? Email Anna Phillips at aphillips@bridge2rwanda.org for more information.